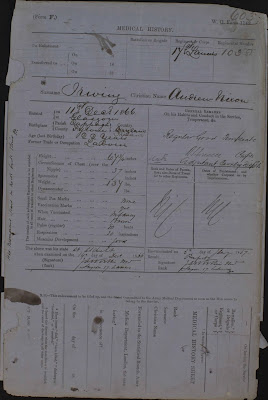 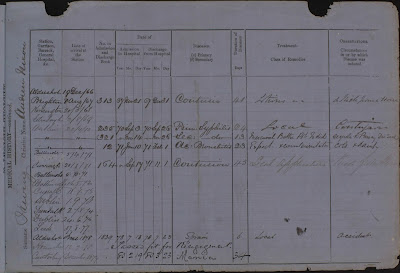 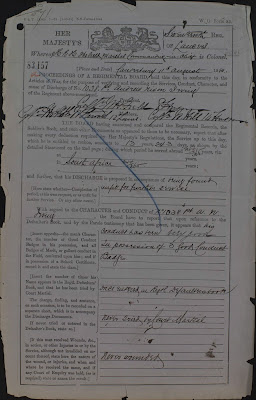 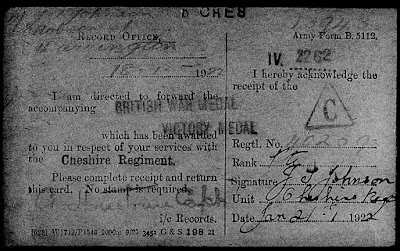 There must have been millions of these cards in circulation in the early 1920s. This particular run was printed in September 1921 and the document is commonly seen in soldiers' service records of the First World War. It accompanied the campaign medals sent to soldiers and was supposed to be completed, signed and returned by the recipient. This card was, which is how it surives in this soldier's file, but many of these examples, along with the medal boxes, are also commonly seen with medal groups and a nice addition when they do survive. 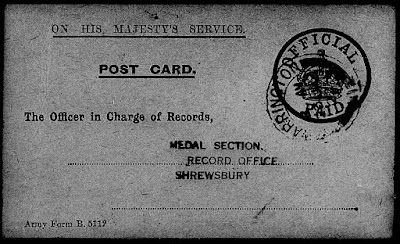 These images are Crown Copyright, The National Archives.
Posted by Paul Nixon at 05:04 No comments: 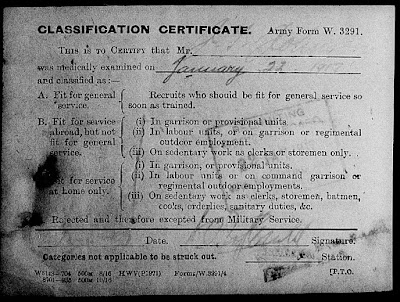 Army Form W.3291 first saw the light of day in August 1916 and this version dates from October 1916. It was certainly used for men who had attested under the Derby Scheme and may also have been used for men who were conscripted.

In this particular case this Derby Scheme recruited has been classified as A. Fit for general service, having attested over a year earlier on the 9th December 1915. This man was examined and classified on the 22nd January 1917 and he was mobilised on the 23rd February 1917, ultimately serving overseas with the Cheshire Regiment until demobilised in October 1919.

The reverse of this document refers to Army Form W.3195 which I have covered on a previous post and which refers specifically to Derby Scheme attestations. It is interesting that this Army Form addresses the candidate as "Mr", a title rarely seen pre-printed on army forms and probably one of the last times, until late 1919, that this particular man would have been addressed as such. 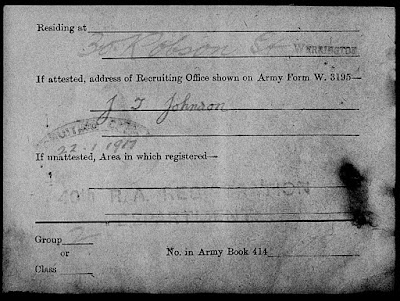 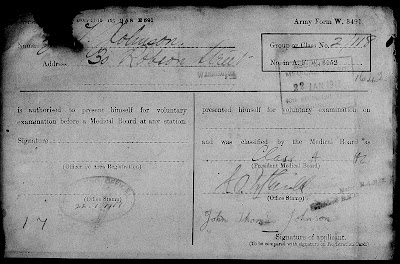 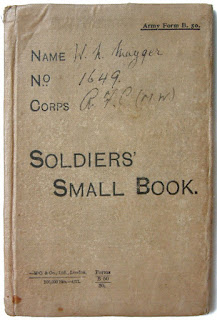 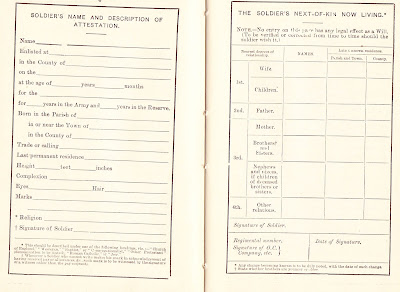 As these books were issued to the soldier it it is rare to find them in service records - indeed, I have never seen one - but they do turn up at trade fairs and on well-known internet auction houses and they can be useful starting points for research projects.
Posted by Paul Nixon at 05:06 No comments: 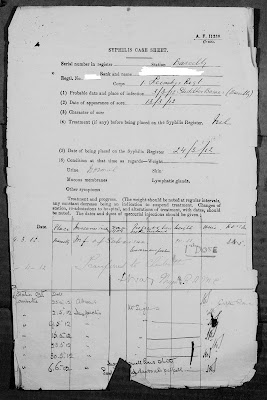 Venereal disease was a huge problem in the British Army. As Alan Ramsay Skelley writes in The Victorian Army at Home, "The incidence of the disease in 1860 was 369 cases per 1000 men. The loss of service was equivalent to the withdrawal of every soldier from the army for eight days or of two full battalions every year in Britain." He continues, "... although the threat it posed in 1899 was considerably less than in 1860, never less than one man in ten, and for most of the period one in five or an even higher proportion, underwent treatment each year."

Hardly any wonder then that a special Army Form dealing with the treatment of syphilis cases was felt necessary to print. I've removed the man's details from the form on this post, but it states that he probably picked up the disease -and almost certainly from a brothel - at the Suddher Bazaar in Bareilly, India on the 3rd March 1912. He would undergo treatment for the next six months.

Also in this man's papers is Army Form 11237, a Medical Case Sheet which in this particular case shows that the man concerned was having his pulse, breathing and temperature checked every half an hour. The results appear to be normal. 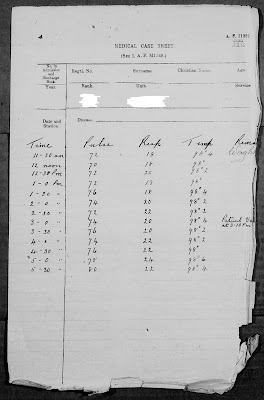 The images on this post are Crown Copyright, The National Archives.