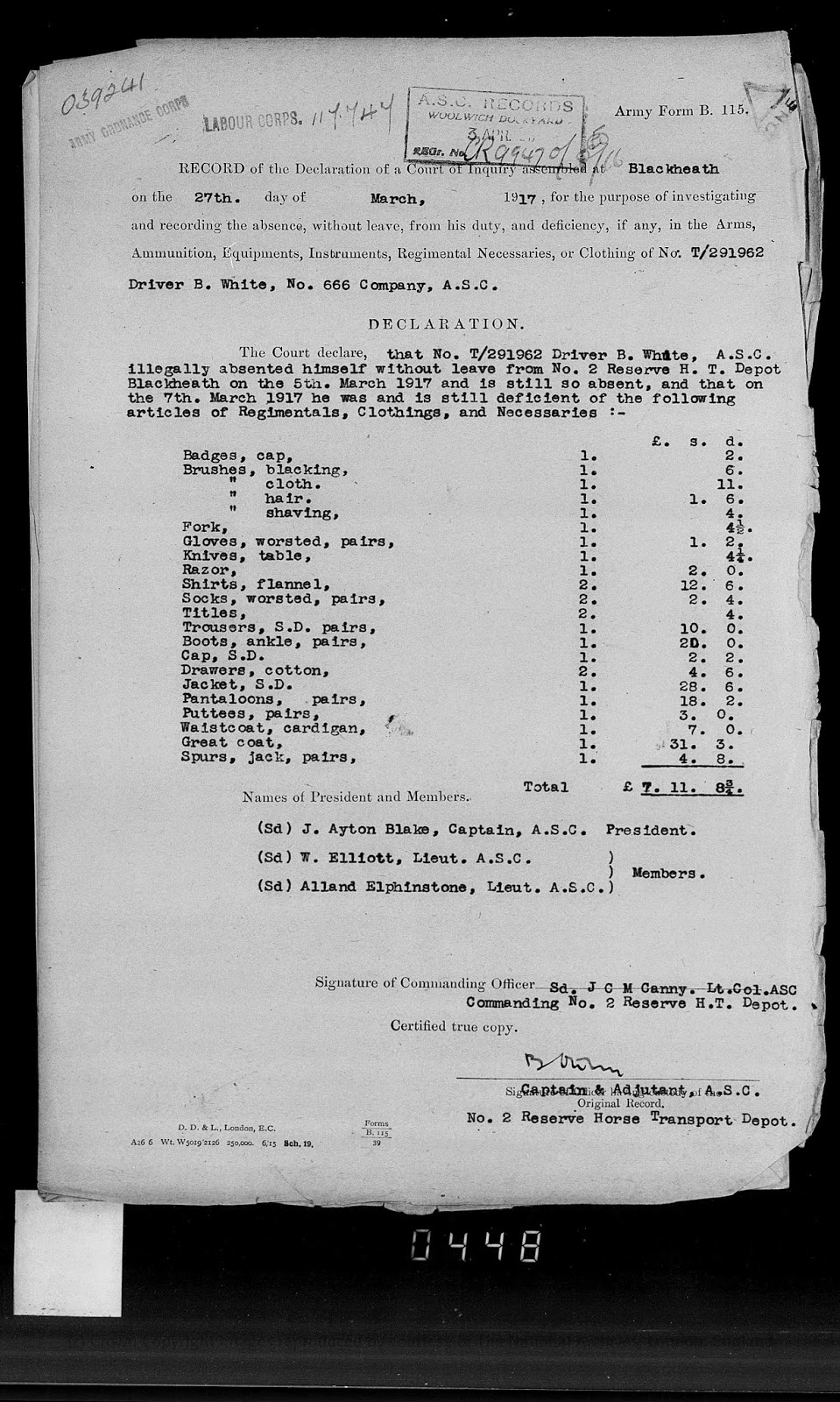 This form, as is clearly stated on the form, was used by a Court of Enquiry to list the "Arms, Ammunition, Equipments, Instruments, Regimental Necessities or Clothing" of men who had absented themselves without leave. The interest for me - and I suspect other family and military historians - is in the minutiae of detail given - not to mention the cost of some of the items.
All document images reproduced on this post are Crown Copyright, The National Archives. Service and Pension records can be searched and downloaded from Ancestry and Findmypast. Both companies offer FREE 14-day trials.
Posted by Paul Nixon at 07:36 No comments: 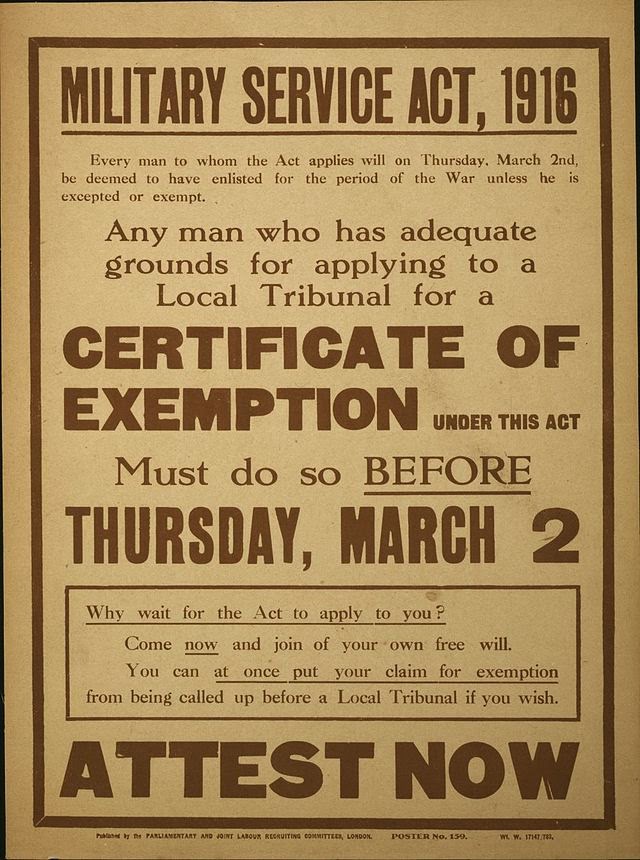 Form W.3195, as can be seen in the example below, was sent to men who had attested under the Derby Scheme and who were now being mobilised. It's a very useful form for family historians as it gives the man's home address and group number. In this particular case, the man's group is noted as 28 which tells us that at the time of his attestation he was a married man who had been born in 1893. There is also a stamp on the form which tells the recruit to bring his marriage certificate and children's birth certificate/s with him when he presents himself. 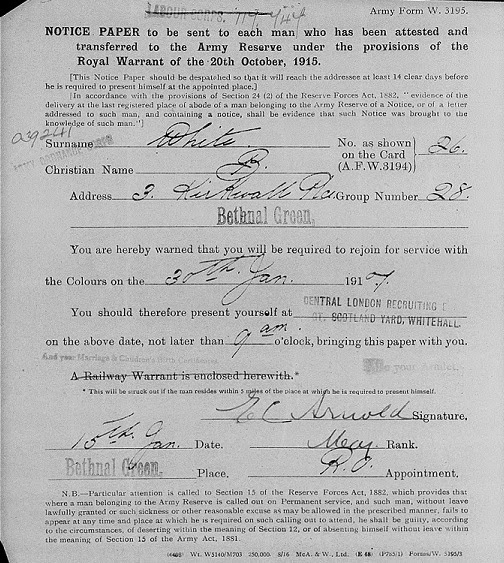 This man is being fifteen days notice to attend the Central London Recruiting Centre at Scotland Yard and the small print warns him that he if fails to attend he will be considered a deserter.
Despite the good intentions of the Derby Scheme which encouraged a further 2.4m men to join up (amongst these, my grandfather and at least two of his brothers), the scheme was ultimately adjudged a failure with 38 per cent of eligible single men and 54 per cent of married men still declining to serve King and Country. It was inevitable therefore that conscription would follow and this was introduced by The Military Service Act of January 1916 which came into force on 2nd March 1916.
There is much useful information on the Derby Scheme on The Long, Long Trail website.  The image of Army Form W.3195 is Crown Copyright The National Archives and is used with permission. The Military Service Act poster is used with the permission of Wikipedia.
All document images reproduced on this post are Crown Copyright, The National Archives. Service and Pension records can be searched and downloaded from Ancestry and Findmypast. Both companies offer FREE 14-day trials.
Posted by Paul Nixon at 08:11 No comments: