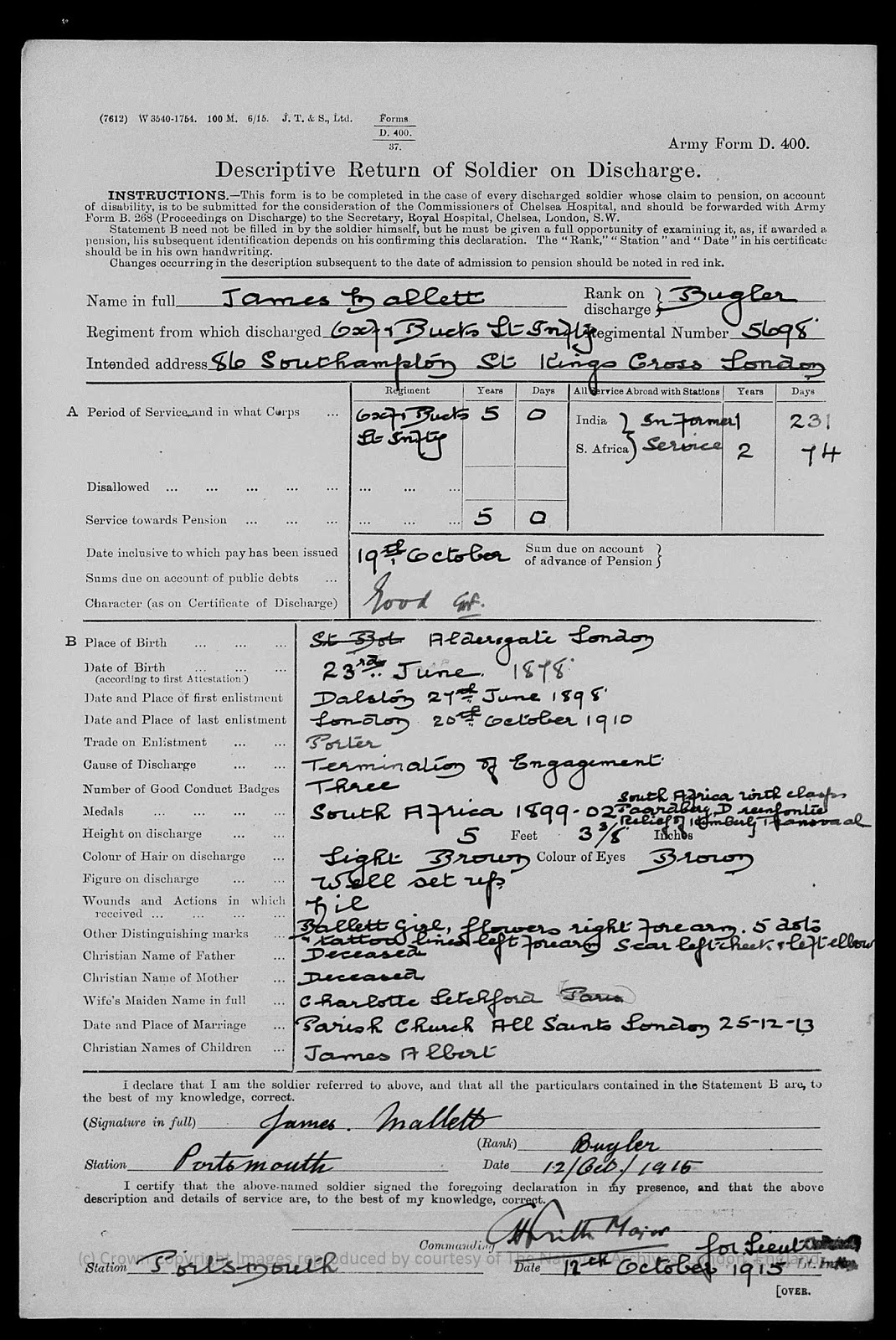 Army Form D.400 is a useful document in giving a picture of a soldier at the end of his service and is packed with information not only about the man's military career but also about his family. On this June 1915 version is space to record details of the soldier's parents, wife and children, not to mention his intended place of residence.
The man mentioned in this particular document, a recent research project, originally attested in 1898, extended to complete 12 years with the colours and then enlisted for four years for Section D, Army Reserve. He was three months short of the expiry of that term of service when Britain went to war and he was obliged to complete the four years plus an additional bounty year (which he served in Britain). Upon discharge he promptly re-enlisted and served with the Army Service Corps in France.
All document images reproduced on this post are Crown Copyright, The National Archives. Service and Pension records can be searched and downloaded from Ancestry and Findmypast. Both companies offer FREE 14-day trials.﻿