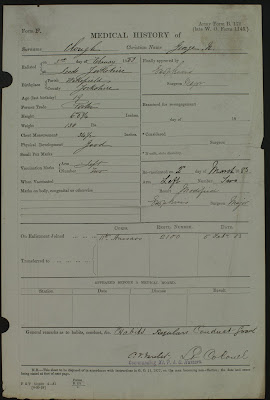 This commonly seen Army Form started life as War Office Form 1143. The example above and below is the third iteration of this particular document and dates to April 1881 and a print run of 50,000. It was a simple two-sided form at this stage of its evolution and in the absence of other papers - and particularly if the soldier had been in and out of hospital - can be hugely useful in pinpointing a man's locations. The soldier below was stationed at Leeds, Ballicollig, Curragh and Newbridge and a check against his regiment's movements and locations would almost certainly tie in with where he was. 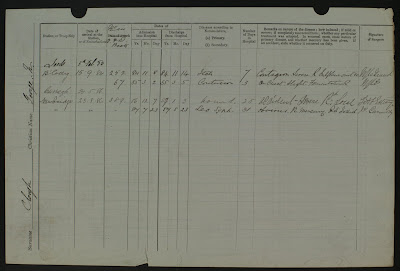 The later version of this form, below, is the version that is more commonly seen in files of the First World War. Anybody who has looked at more than a handful of First World War service records will be very familiar with this form and will appreciate how useful it can be. 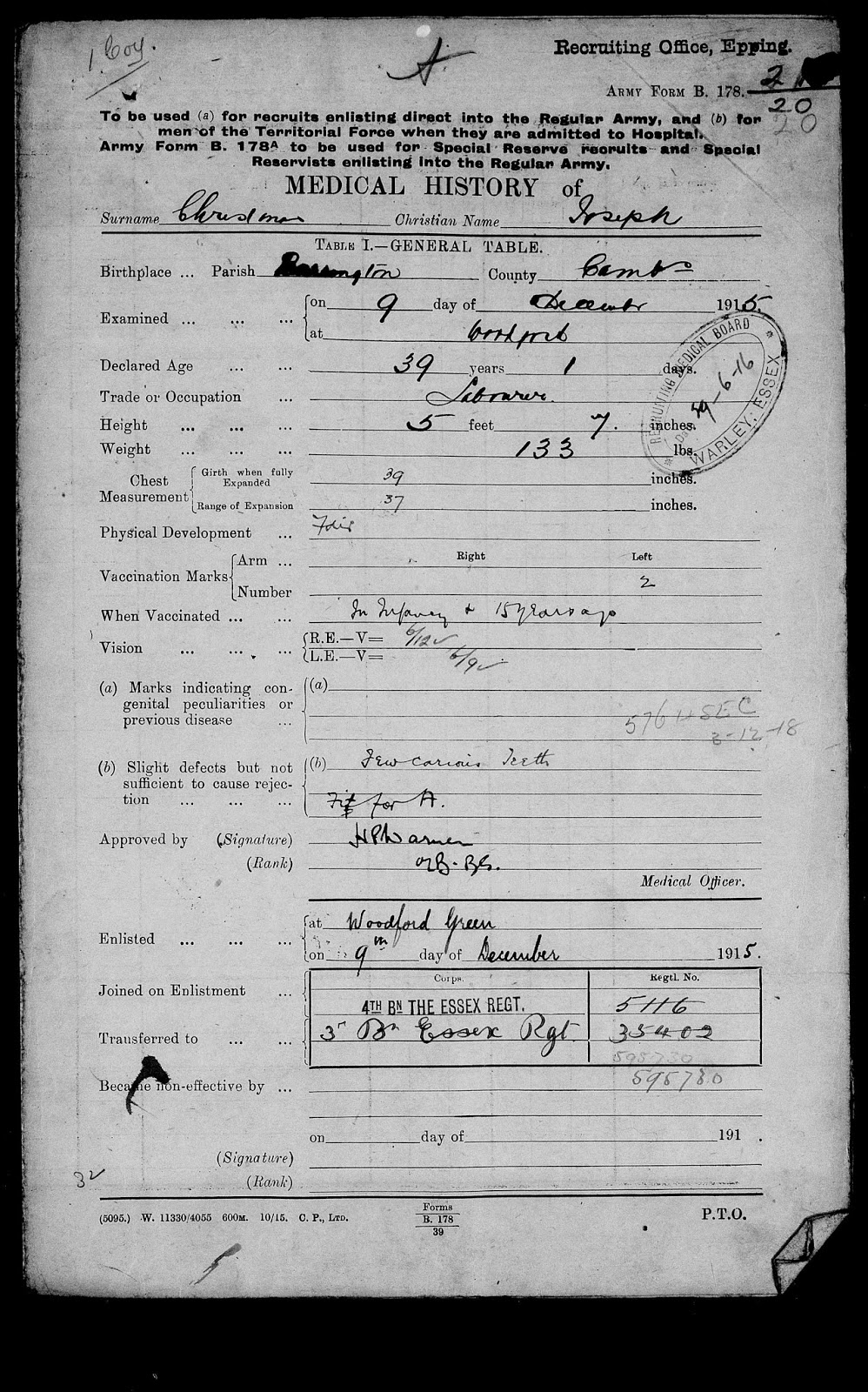 For me, on occasions, this form has been a life-saver, in particular the section towards the bottom of the front page which gives details of when the man attested/enlisted and then details of his regiment, number and subsequent transfers. Some forms I have come across also give the dates of transfer but the majority do not.

These forms survive in both WO 363 and WO 364 although in my experience they're more commonly found in the pension files in WO 364. 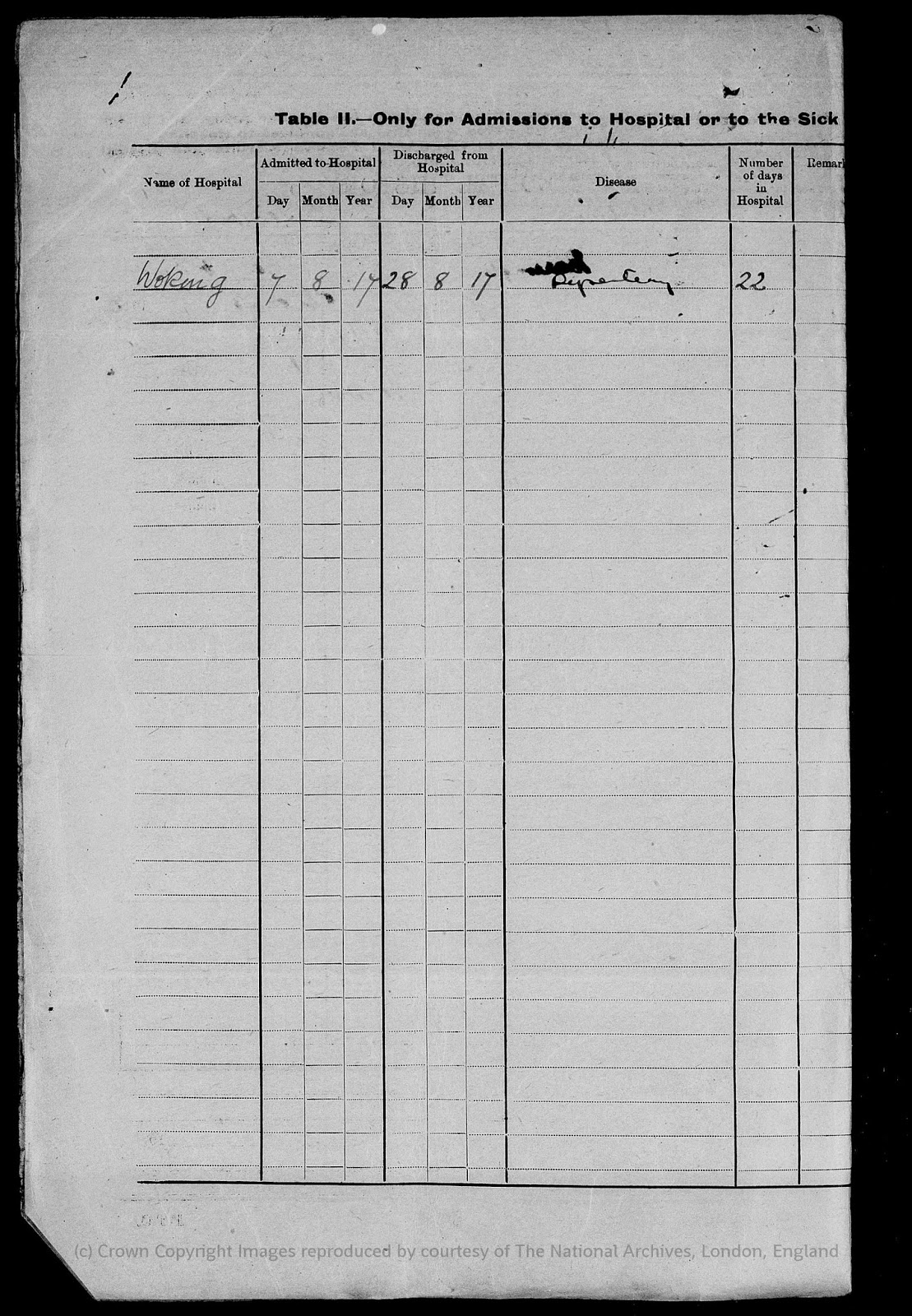 Pages two and three (above and below) are used to record details of admission to hospital or to the sick list in the case of warrant officers treated in quarters.﻿ 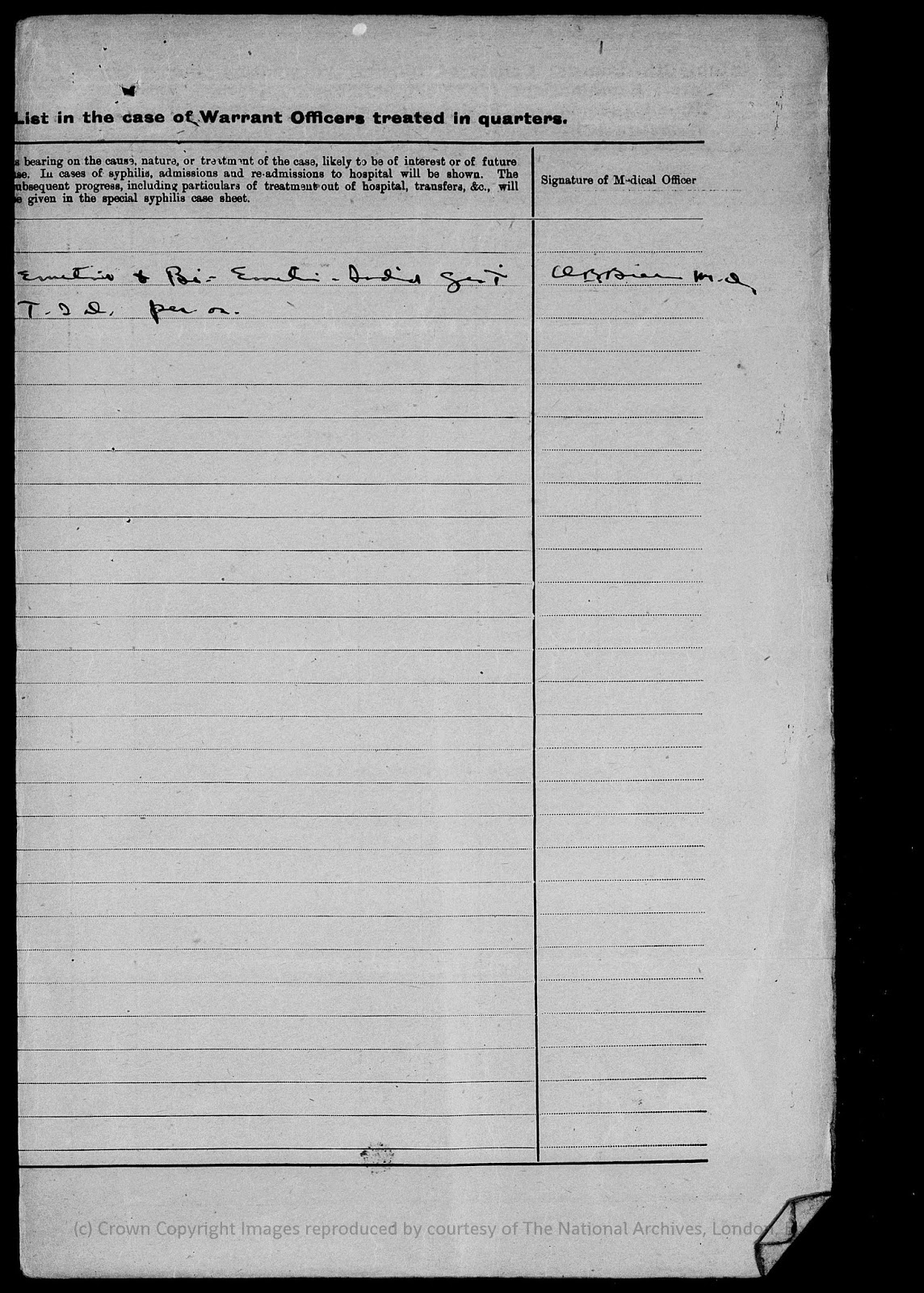 The final page of this four page document can give a good summary of medical treatment. In this case we see that the seasonally named Joseph Christmas was classified B1 in June 1916 when he was diagnosed with flat feet and requiring dental treatment. By the time he was discharged in September 1918 he was classified as B2 and had been seen by at least three Travelling Medical Boards (TMB). 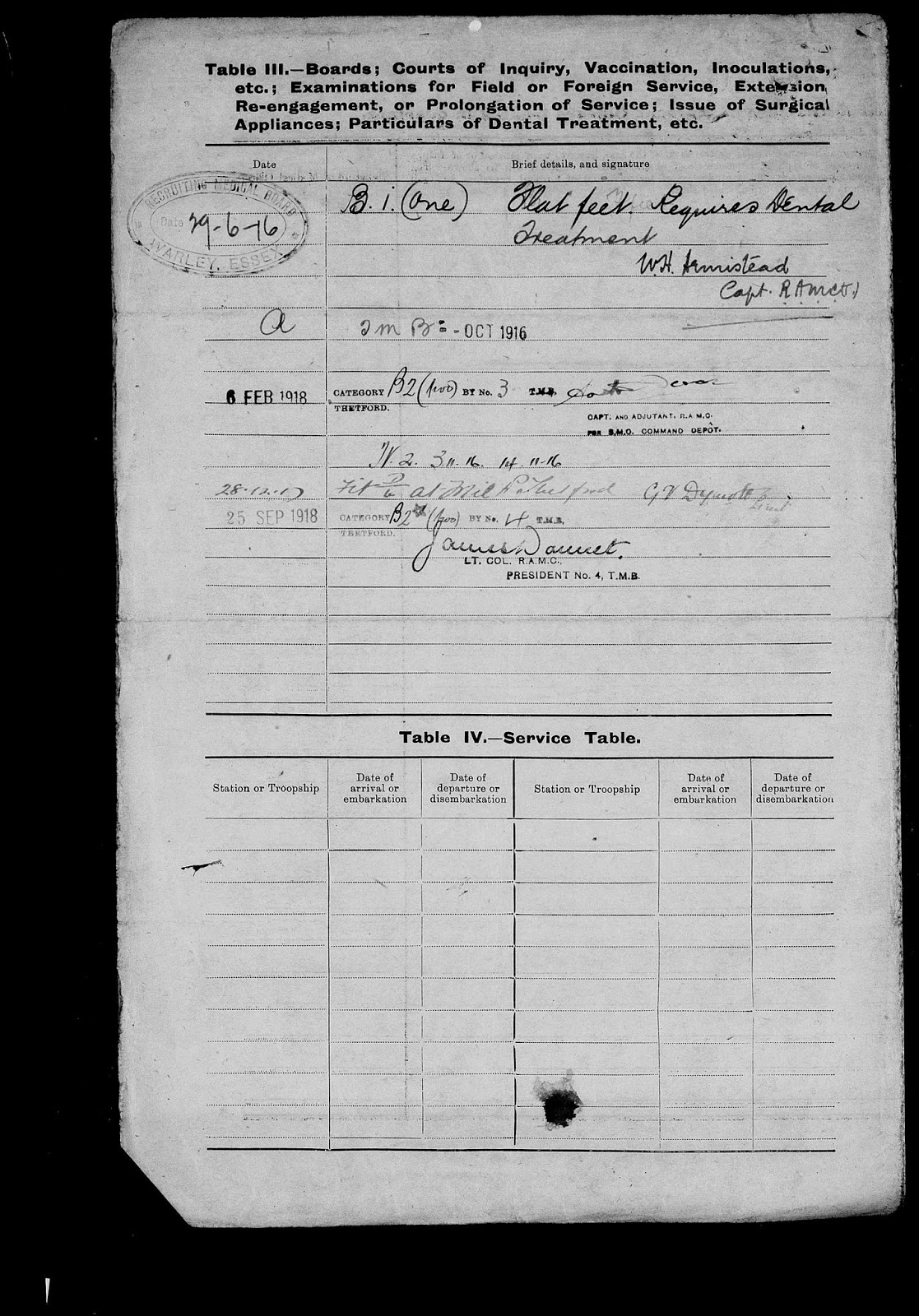 All document images reproduced on this post are Crown Copyright, The National Archives. Service and Pension records can be searched and downloaded from  Findmypast.