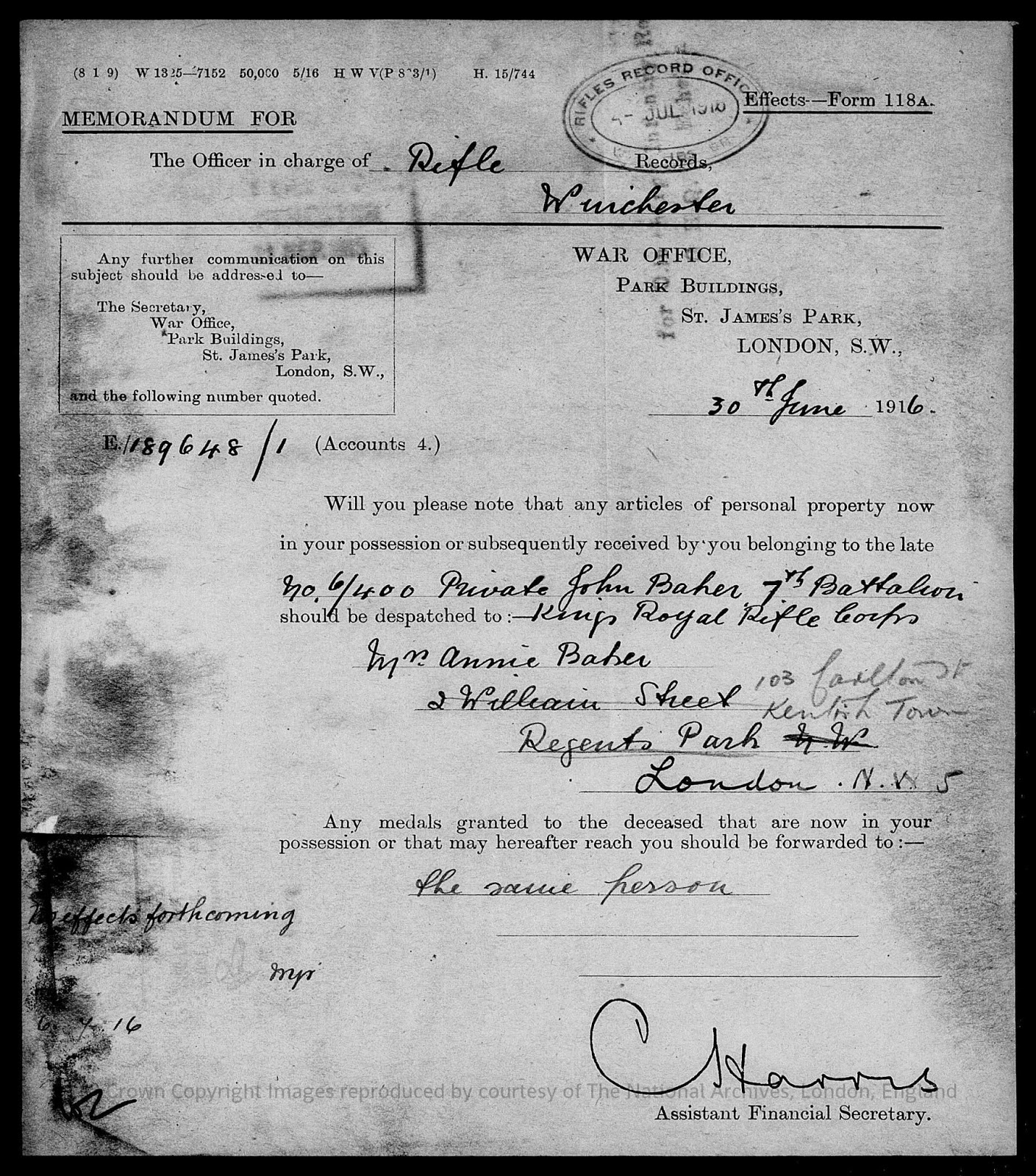 How much misery, despair and distress is recorded on these sad forms I wonder. It is what is says on the tin: details of personal effects to be returned to the next of kin. From a family historian's perspective, and in the absence of other surviving material, this document is useful because it lists the name and address of the next of kin. In some cases, details of personal effects may also be given, either noted on this form or recorded separately.  Note that this Effects Form 118A does not record sums of money owing, just personal effects.
The image below shows the items returned to my great-grandmother after her second eldest son, John Frederick Nixon, had been killed in action in October 1918: 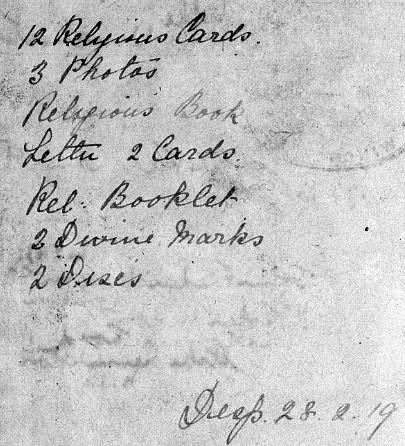 The two discs are his identity discs which I have and which, when removed from his body on the battlefield, effectively denied him a marked grave. Instead, he's remembered on the Vis-en-Artois memorial. RIP, Jack.

Images used on this post are Crown Copyright The National Archives.
Posted by Paul Nixon at 11:51