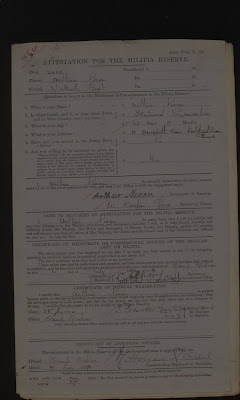 "The Militia Reserve", states the Army Book for the British Empire, published in 1893, "is a force, institited in 1867, enlisted from the militia of the United Kingdom, either for six years or for the residue of the man's militia engagement... A man in the militia reserve is liable to be called out for an annual training not exceeding 56 days with either regular or auxiliary forces in substitution for the ordinary militia annual training. He may be called out by Royal proclamation, and then becomes for all purposes a soldier in the regular forces, and can be appointed to any corps. He is not liable to serve beyond the unexpired term of his service in the militia reserve, except under certain eventualities when he can be detailed for one year longer. Until called out for permanent service he remains for all purposes a militiaman."﻿ 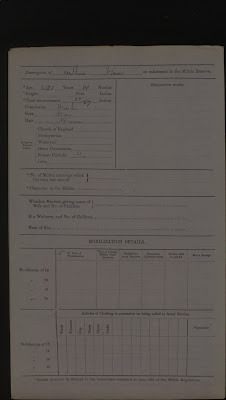 In 1899 in "The British Army", Lieutenant Colonel James Moncrieff Grierson - who had also authored chapters in the Army Book for the British Empire, wrote, "The militia reserve is not, what its name seems to imply, a reserve for the militia, but for the regular army. It consists of militia-men whose number must not exceed a quarter of the establishment of a battalion of infantry or a third of a battalion of garrison artillery, and who bind themselves in return for a bounty of £1 a year, to remain with the militia either 6 years or the whole time of their service."﻿ 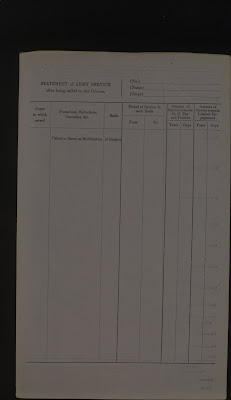 Moncrieff Grierson continues, "On entering the militia reserve the men must be between 19 and 34 years of age, and must have passed through two drill periods of the militia; they are liable to be called out to a yearly practice of 56 days. Service in the militia-reserve cannot be extended beyond the age of 34."﻿ 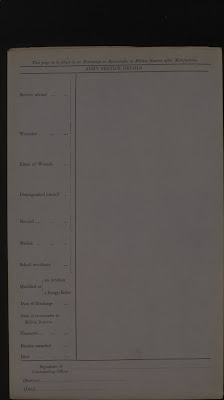 The images I have used on this post are all Crown Copyright the National Archives (series WO 96) and relate to the service of Arthur Nixon (no relation) who had originally joined the 3rd (Militia) Battalion of the Yorkshire Regiment as an 18-year-old in 1894. He joined the militia reserve in 1898, attesting to serve for General Service for the unexpired portion of his militia engagement. ﻿