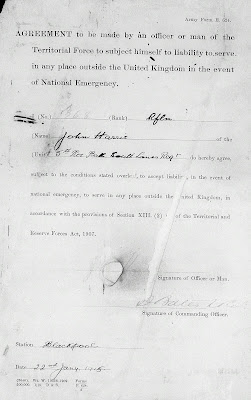 Men serving in the Territorial Force and Yeomanry were not obliged to serve overseas. The original terms of their enlistment stated that their obligation was for home service only. This form - Army Form E.624 - was the man's assent that in the event of a National Emergency, he could be sent anywhere outside the United Kingdom. Thousands of men signed this form and thus this is very commonly found in files for men who served with Territorial Force or Yeomanry units. 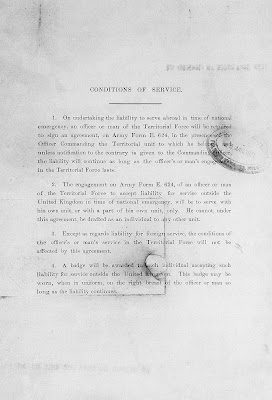 Helpfully, the conditions attached to the signing of this form are explained on the reverse. Note that a man was only obliged to serve with his own unit. He could not be drafted to another unit (condition 2). The badge mentioned in the final paragraph is very commonly seen: 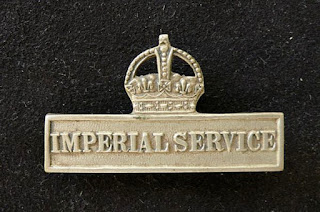