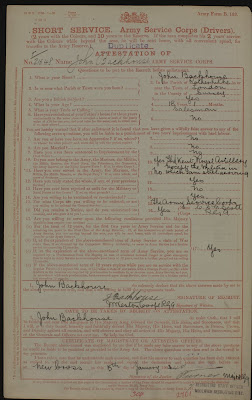 This attestation form for Army Service Corps drivers was first introduced in January 1903 in a print-run of 5000. Terms of service are clearly stated here as two years with the colours and ten years on the reserve. 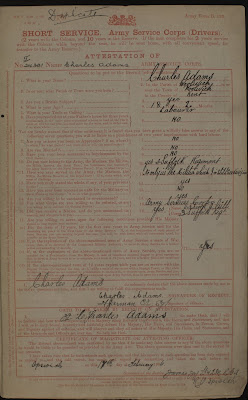 The document was re-issued in various iterations over the coming years. The one above is the second version of this form which was printed in September 1903 in a print run of 5000 too. 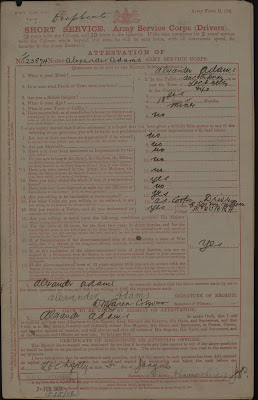 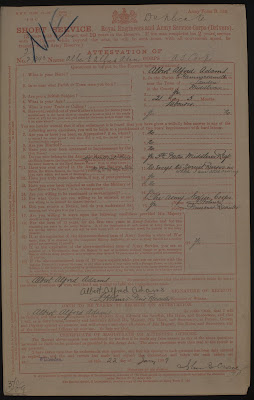 This version of Army Form B.133 dates to November 1905 and was printed in a run of 15,000. The obvious difference here is that this is now to be used for drivers enlisting with the Army Service Corps and the Royal Engineers. Month of printing, print-run quantity and version number appear on all of these documents in the top left hand-corner. HWV stands for Hazell Watson & Viney Ltd, the Aylesbury printers responsible for this rather nice contract with the British Army.

All images on this page are Crown Copyright, The National Archives.
Posted by Paul Nixon at 06:58