Here's a good example of an Army Form that can't seem to make it's mind up: poor old Army Form B.267A. One can hardly blame it for indecisiveness. After all, it doesn't even seem to have a proper place in Army Form hierarchy, somehow squeezed in between Army Form B.267 and Army Form B.268. The version above, printed by Ford & Tilt Ltd was printed in 1898 and professes to be for men wishing to join the Cavalry of the Line for Long Service; that is 12 years' service with the colours and no reserve commitment. Incidentally, Ford and Tilt Ltd had been acquired by Hazell Watson & Viney Ltd in 1884 although here we still see F&T appearing on this form. On later forms, this would become HWV. 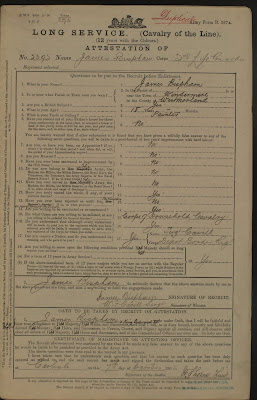 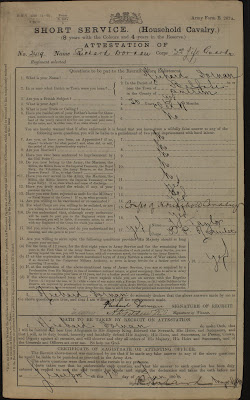 Skipping ahead somewhat to version 5, of the Hazell Watson & Viney Ltd form, these 2,500 copies printed in November 1903 are now for short service men who wish to join not the cavalry of the line but the household cavalry. Terms of enlistment are eight years with the colours and four years on the reserve. 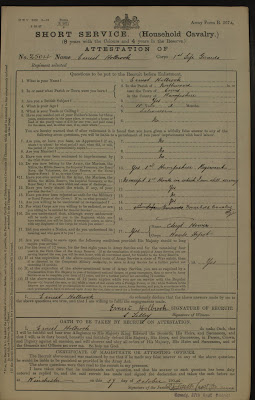 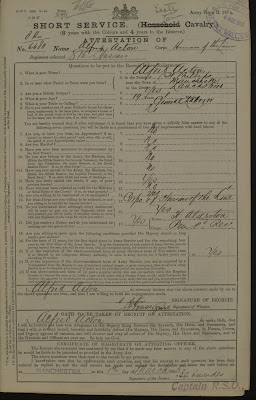 This is still version six, albeit adapted to attest a man joining the line cavalry. The word "Household" has been summarily scored through.

I'll add the missing versions in, as and when I come across them (assuming I remember to do so). All of these images are Crown Copyright, The National Archives.