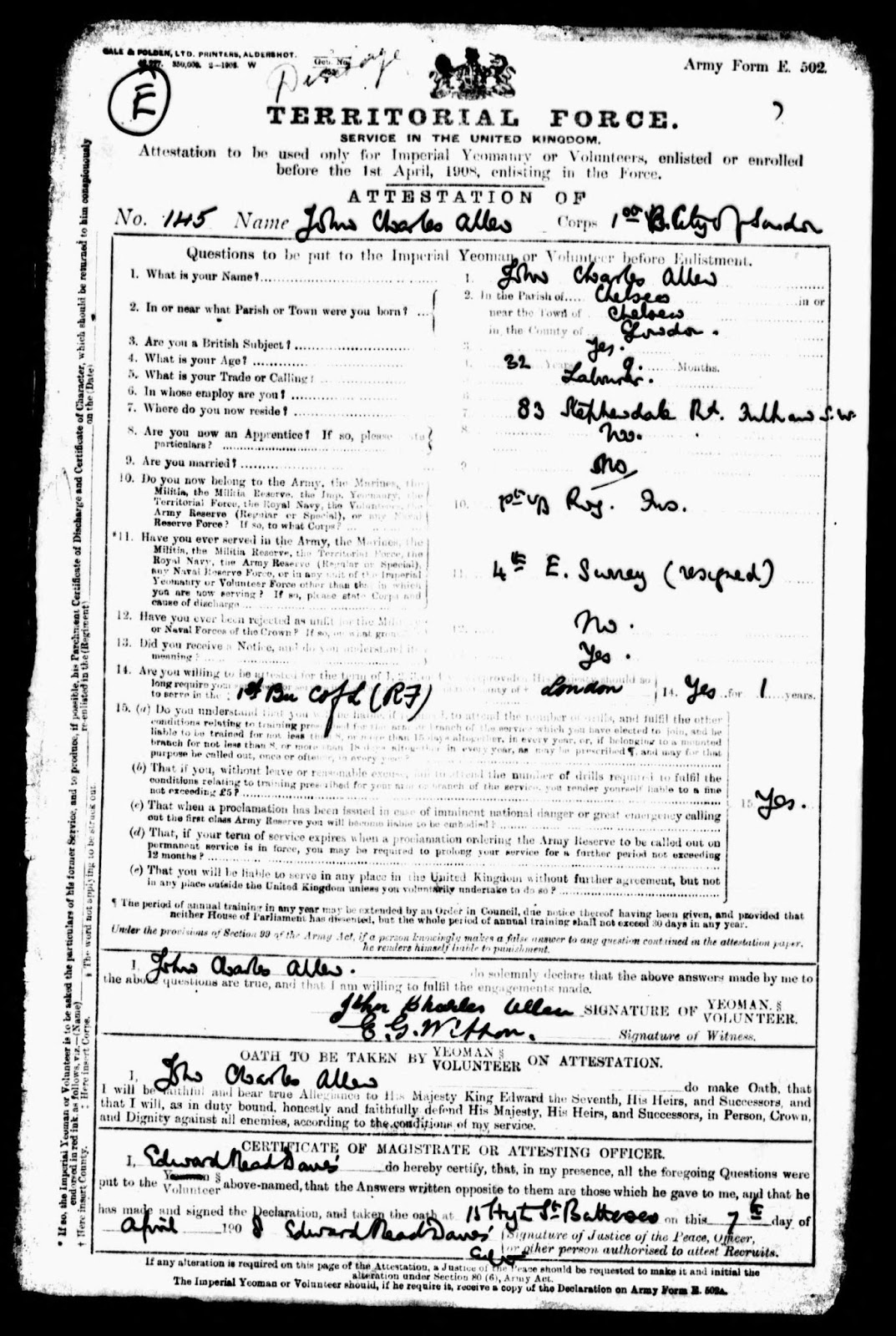 I like Army Form E.502.  It was to be used "only for Imperial Yeomanry or Volunteers, enlisted or enrolled before the 1st April, 1908, enlisting in the Force." That "Force" was the new Territorial Force, formed on 1st April 1908 and E.502 was for men who had formerly served with the Volunteer Force or Imperial Yeomanry.  The joy of these forms is that former Volunteer Force or Imperial Yeomanry service is recorded and so we can see in the example above that John Charles Allen who joined the 1st (City of London) Battalion, The London Regiment (Royal Fusiliers) on 7th April 1908 had formerly served with the 1st Volunteer Battalion, Royal Fusiliers. And further into his papers we see more detail: 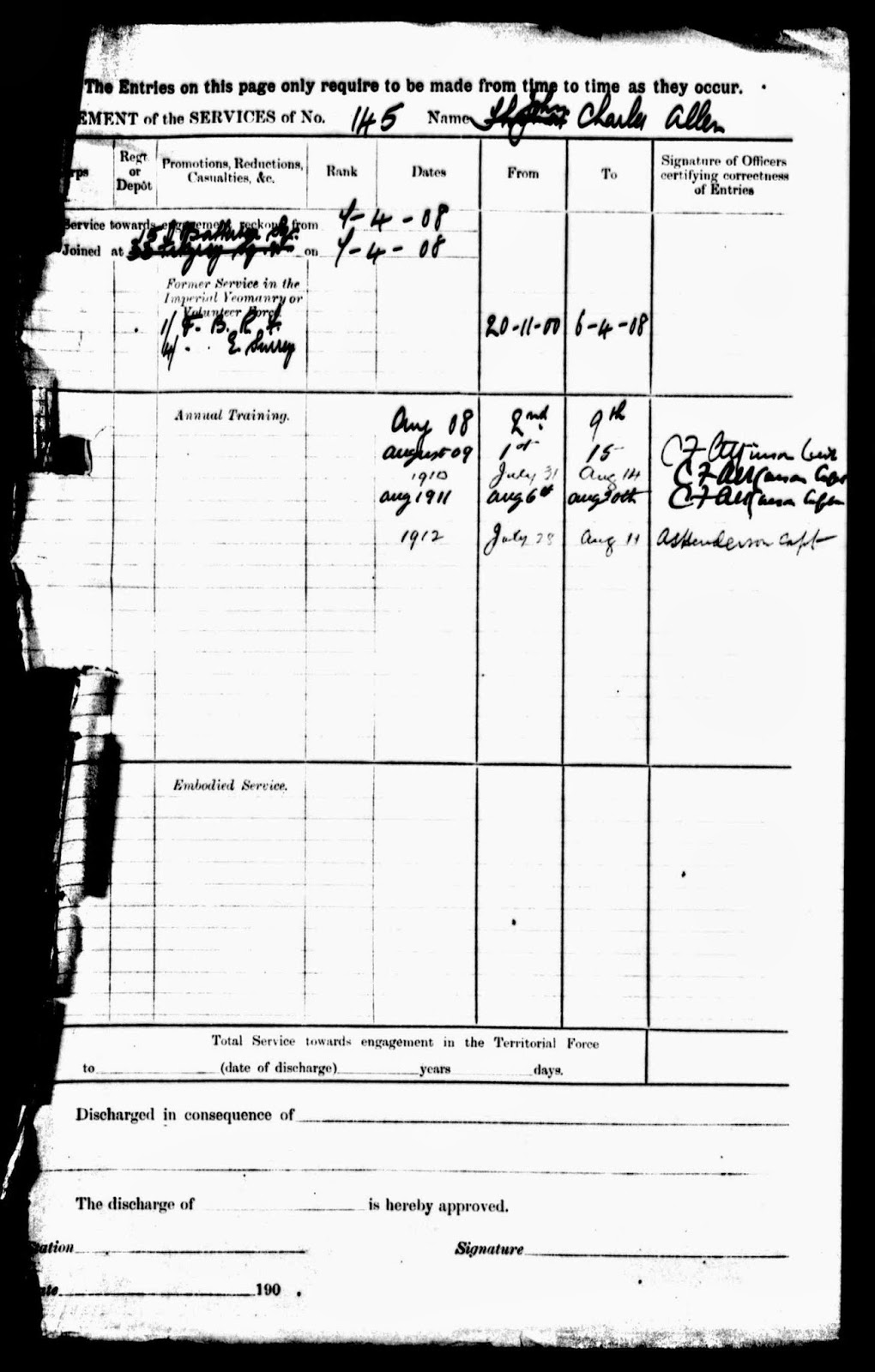 Here, in the top quarter of the form we see that he joined the 1st Volunteer Battalion on 20th November 1900, and below that, details of his annual training periods with the 1st London Regiment are also given.

The detail on these forms can vary tremendously.  Sometimes the locations of training camps are given; in other pages, further evidence of service with the Volunteer Force, including a regimental number, may also be noted.  Either way, if your man attested using Form E.502 you know that he was a part time soldier before the Territorial Force was formed.

John Allen's record survives in WO 364.  All document images reproduced on this post are Crown Copyright, The National Archives. Service and Pension records can be searched and downloaded from Ancestry and Findmypast. Both companies offer FREE 14-day trials.