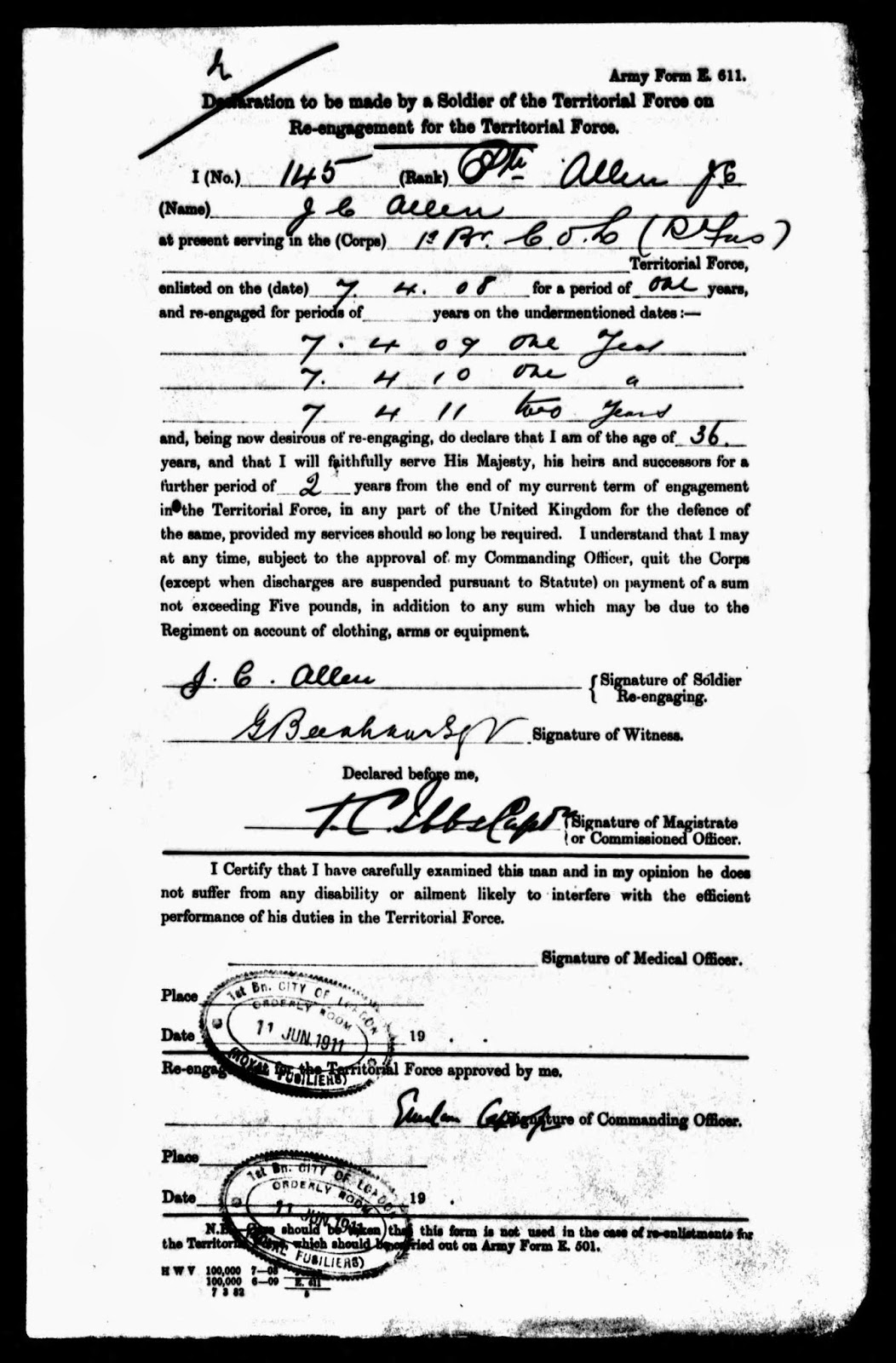 John Allen's record survives in WO 364.  All document images reproduced on this post are Crown Copyright, The National Archives. Service and Pension records can be searched and downloaded from Ancestry and Findmypast. Both companies offer FREE 14-day trials.