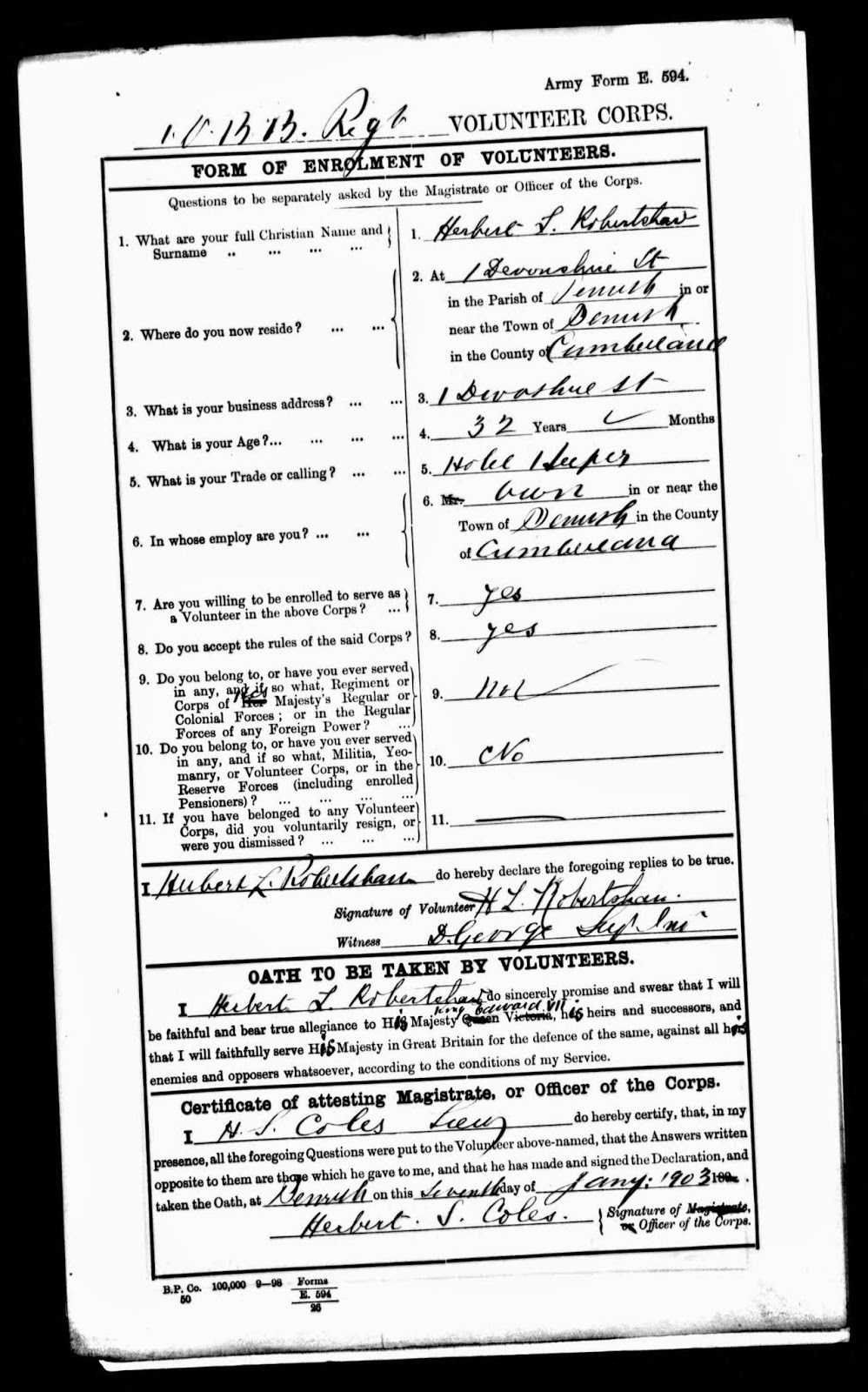 Here's a relative rarity: Army Form E.594, used for the enrolment of Volunteers into the Volunteer Force. The majority of these forms do not survive, however it is still possible to find examples tucked away in WO 363 and WO 364, online on Ancestry.  This example, for the 1st Volunteer Battalion, Border Regiment (which, in 1908, would become the 4th Battalion (TF) Border Regiment) dates to 1903. Interestingly, both residential and business addresses are recorded.﻿ 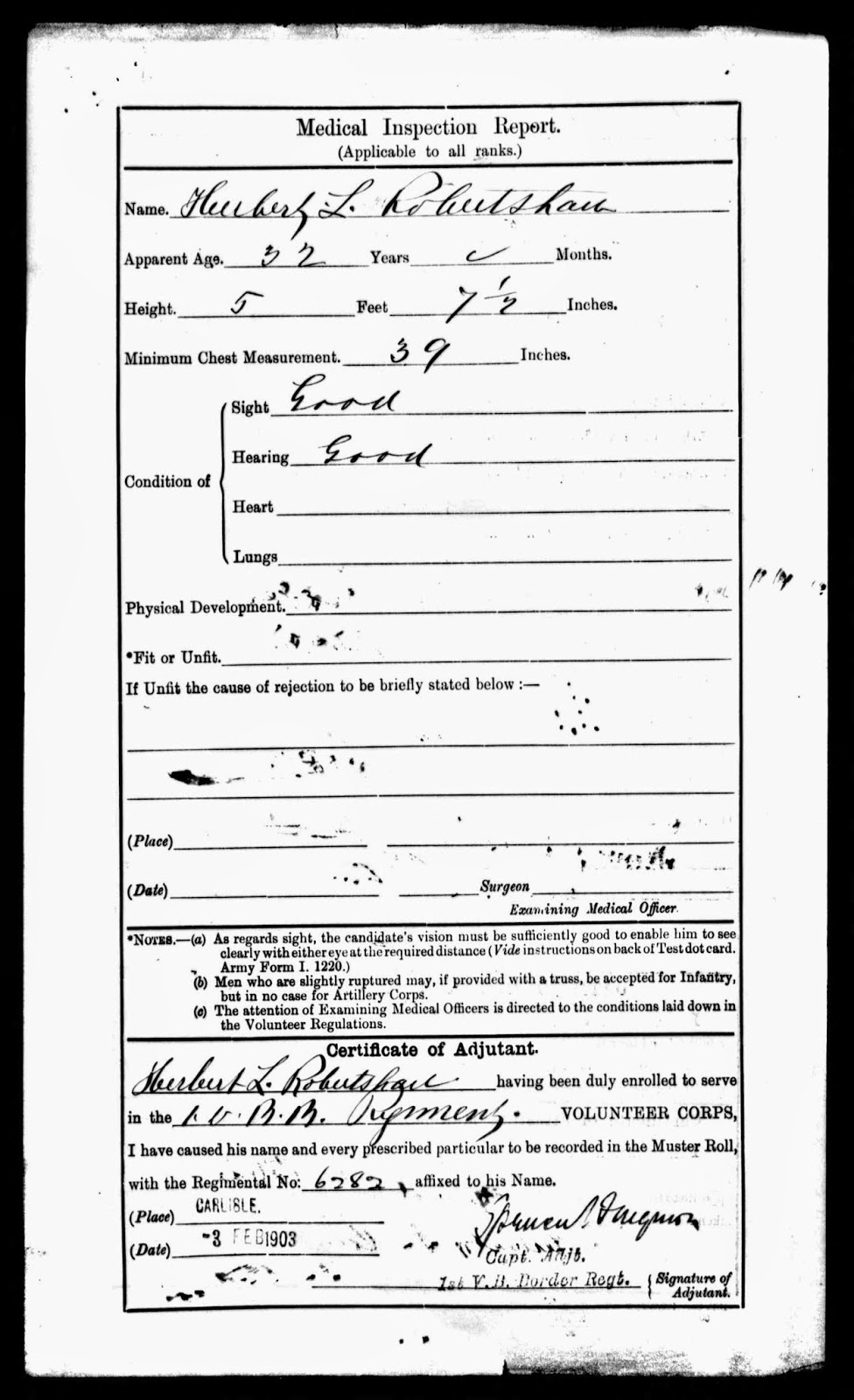 The second note is worthy of remark here.  It states:
"Men who are slightly ruptured may, if provided with a truss, be accepted for Infantry, but in no case for Artillery corps", testament to the fact that hernias were presumably commonplace, or at least common enough to warrant further clarification on Army Form E.594.
Here too, the regimental number does not appear on side one of the enrolment form but almost as an afterthought at the bottom of page two.

All document images reproduced on this post are Crown Copyright, The National Archives. Service and Pension records can be searched and downloaded from Ancestry and Findmypast. Both companies offer FREE 14-day trials.
Posted by Paul Nixon at 23:20