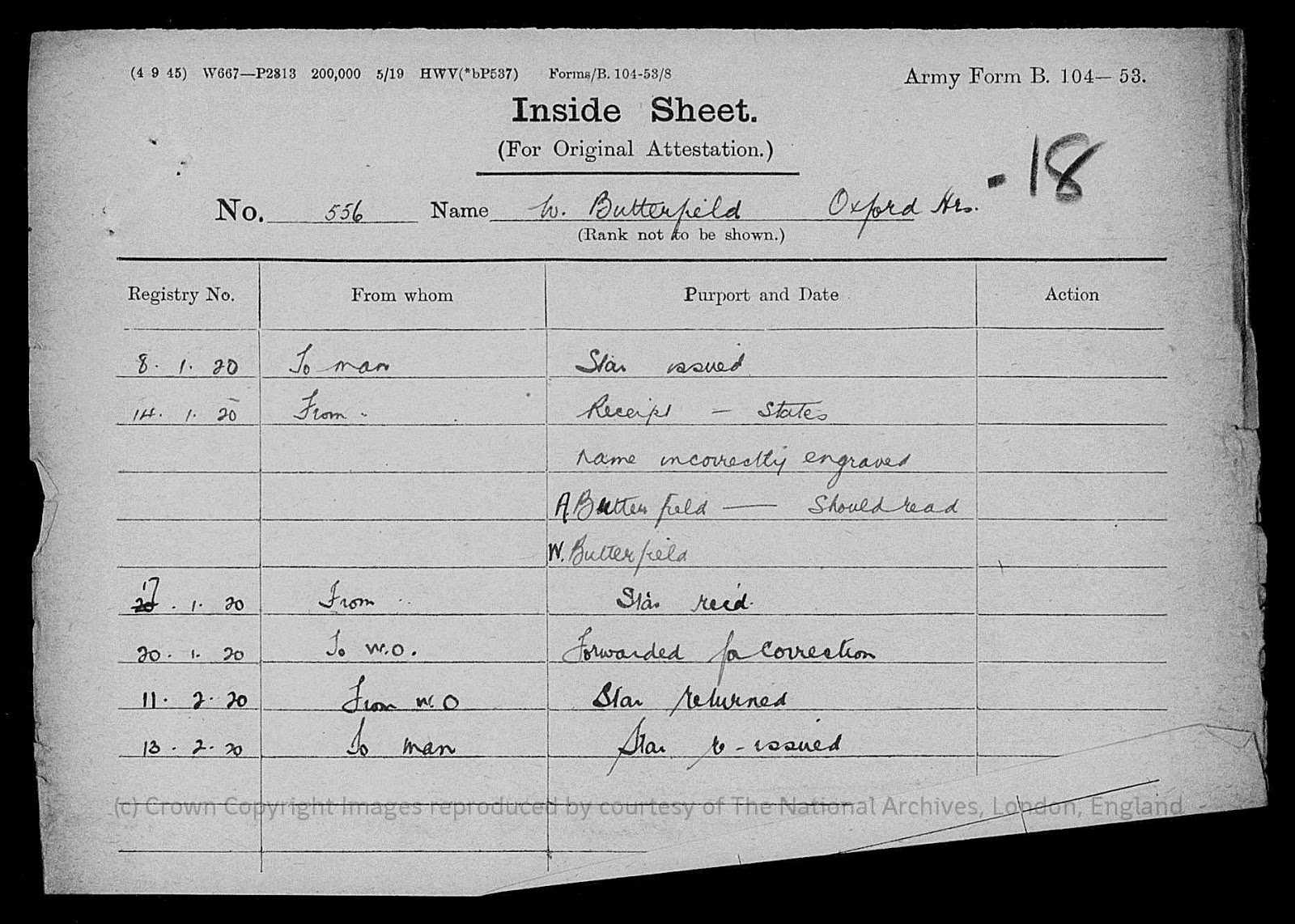 This is a nice little form which in this instance demonstrates the efficiency of the War Office if nothing else. I'm not sure that the form was used exclusively to record medal naming inconsistencies and would welcome further thoughts on this.

Private W Butterfield's 1914 Star was impressed incorrectly with "A Butterfield". This version of the army form documents the correction process. The medal was originally issued on 8th January 1920 and had been corrected and returned to the man by 13th February; a little under five weeks. Pretty good going considering the volume of medals which were flying around at that time.  Note that the man's medal index card (below) also records the amendment. 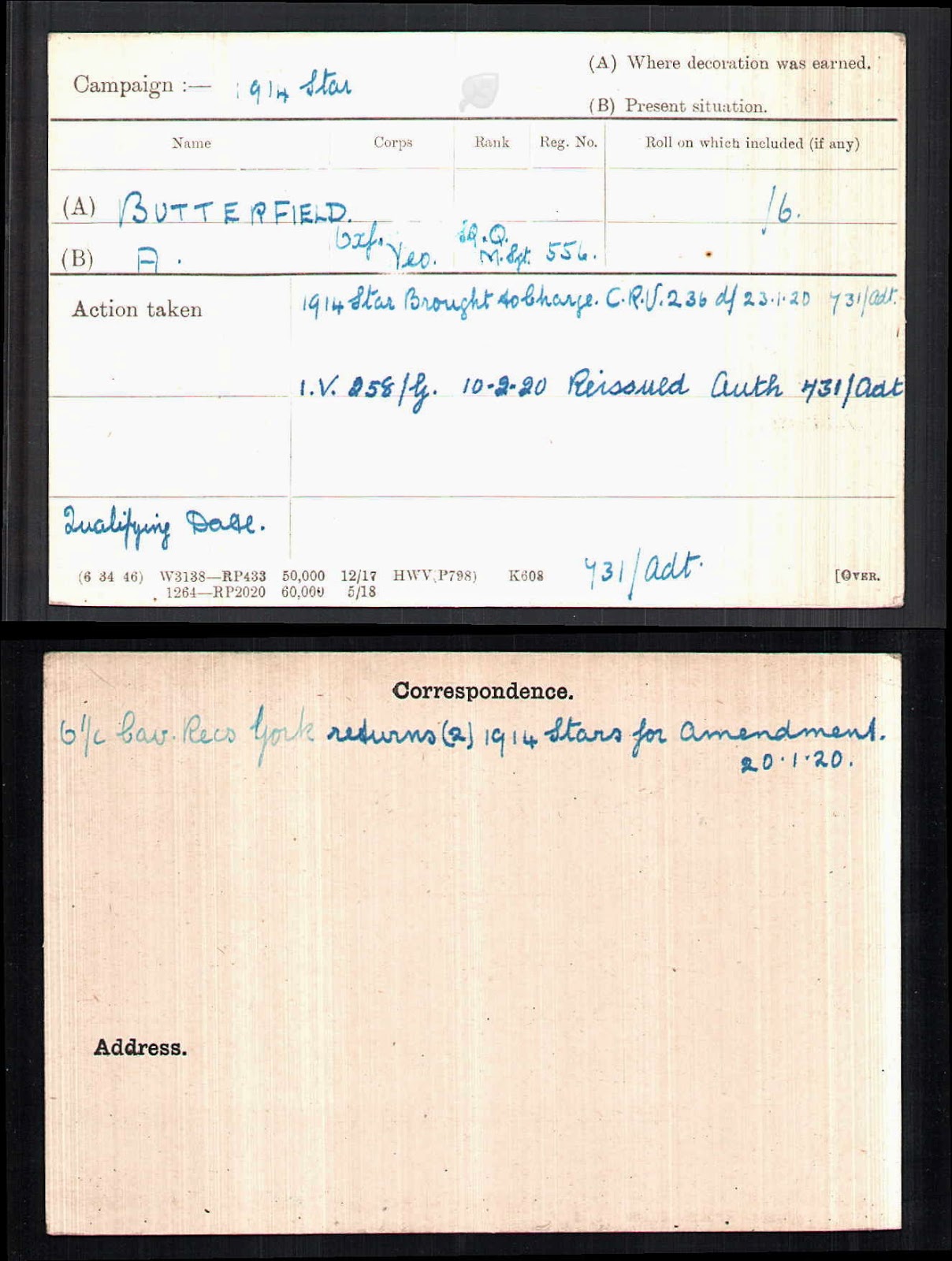 All document images reproduced on this post are Crown Copyright, The National Archives. Service and Pension records can be searched and downloaded from Ancestry and Findmypast. Both companies offer FREE 14-day trials. The medal index card image appears on Ancestry.