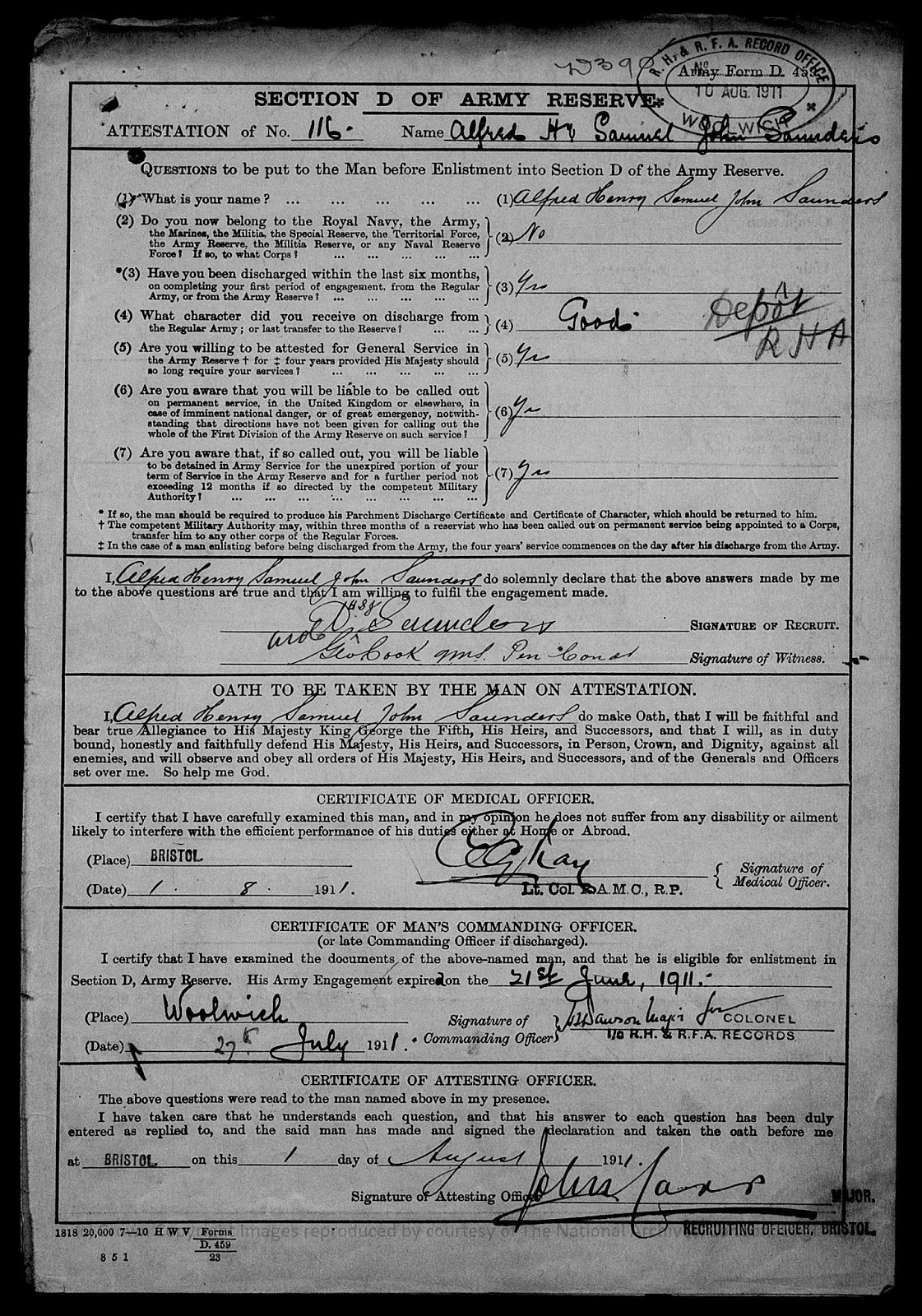 Alfred Saunders had originally joined the  Royal Field Artillery in 1899. He was discharged in June 1911 and almost immediately decided to attest for a further four years. This document dates to 1st August 1911. 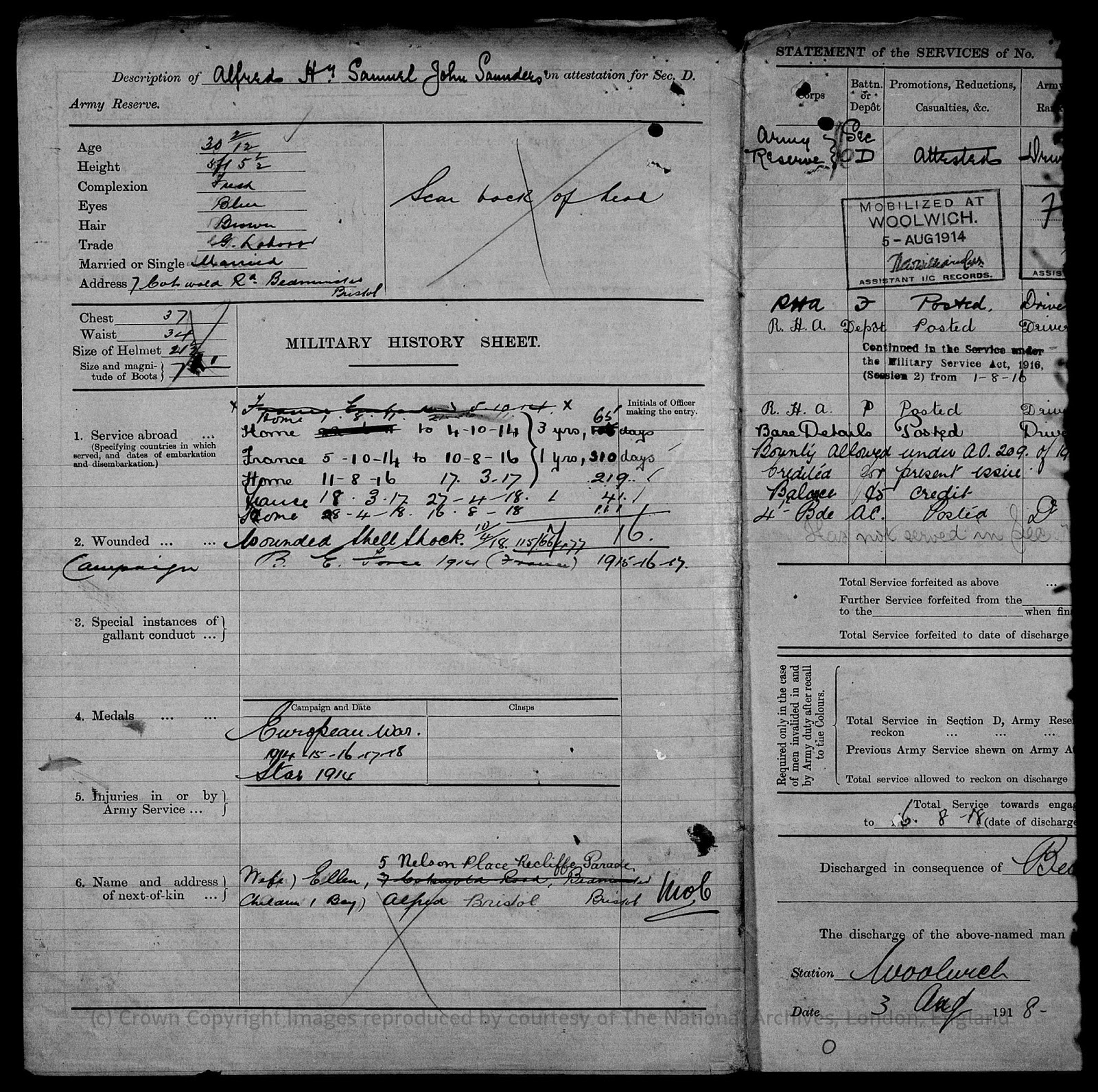 Pages 2 and 3 give an enormous amount of detail: physical description, dates of service at home and abroad, medal entitlement, next of kin, full statement of services and so on. 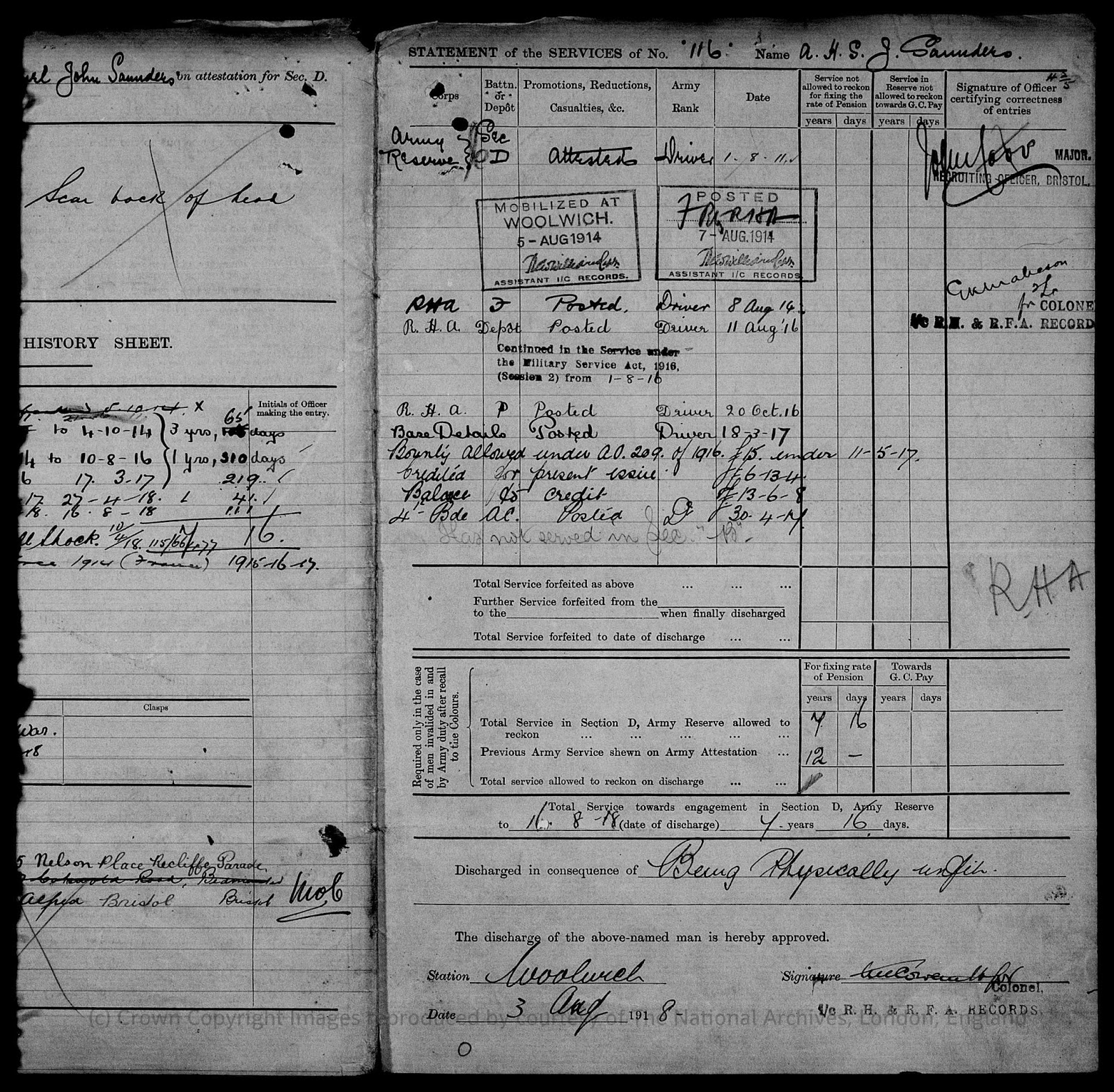 Attesting for four years in August 1911 meant of course that Alfred would have been called up in August 1914 and he would have been obliged to serve an extra "bounty year". This from the Army Book for the British Empire (1893):
“In time of war or great emergency all soldiers can be detained for 12 months beyond their engagement.  In case of imminent national danger or great emergency, the men in the reserve are called up by “proclamation” to rejoin the colours, and must, together with all those who are serving, continue in the ranks as long as the war or emergency lasts, provided always that they are not detained beyond the term of their original enlistment, that is, for 12 years, and the 12 months above referred to.”
So this would have extended Alfred's obligation until August 1916, by which time conscription had been introduced. This is noted on the third image, above:

Alfred's four-year term of service therefore extended until June 1918 when he was discharged - as  a result of shellshock - as being physically unfit for further service. By the time of his discharge he had served a total of 19 years and 16 days in the British Army: 12 years (colours service and army reserve) and seven years and 16 days In Section D, Army Reserve.
All document images reproduced on this post are Crown Copyright, The National Archives. Service and Pension records can be searched and downloaded from Ancestry and Findmypast. Both companies offer FREE 14-day trials.