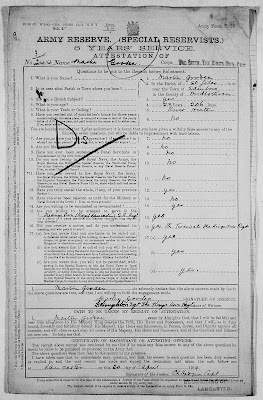 This post will look at Army Form B.59, the document used to recruit men to the Special Reserve. It may be helpful to read this in conjunction with posts on my army service numbers blog which detail the Army Order announcing the creation of the Special Reserve in 1908  and the appendices to that Army Order. Men enlisted for six years' service which, in peace-time, would barely have affected their usual civil routines. There was an initial period of training - supposed to be six months - and like its predecessor, the militia, the Special Reserve was seen as an ideal way for men to assess whether they liked army life and, if they wanted to do so, to then enlist with the regular army. 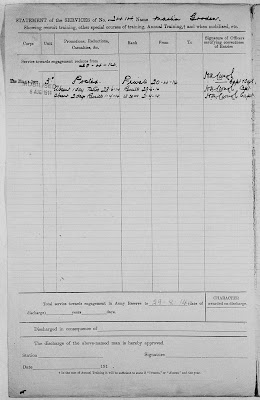 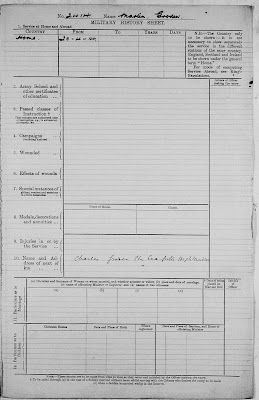 This obligation is made very clear in clause 17b which states (or asks): "Are you aware that if so called out you will be liable to be detained in Army Service for the unexpired portion of your term of service in the Army Reserve and for a further period not exceeding 12 months if so directed by the competent Military Authority?" Thus the regular army in 1914 (and earlier) was well prepared for a national emergency and could call upon a) serving soldiers b) soldiers who had been discharged to the army reserve c) men who had chosen to extend their period of reserve service by signing on for a further four years as Section D reservists d) men of the Special and Extra Reserve. 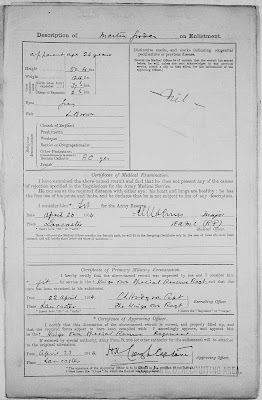 Men signing up for the Special and Extra Reserve signed up with their local regiment. So a man living in Essex would typically have signed up with the 3rd (Special Reserve) Battalion, Essex Regiment. Living in Essex, he would not have been able, for instance, to enlist with the 3rd (Special Reserve) Battalion, Northumberland Fusiliers. This simple, logical fact means that if you know a soldier attested with a particular special or extra reserve unit, he must also have been resident in that particular recruiting district or catchment area. 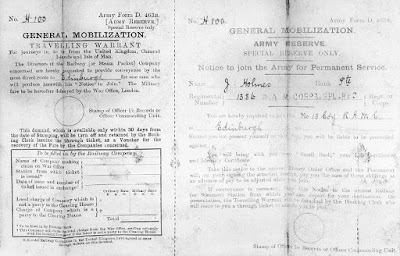 In the examples I have posted on this page - and all images on this page are Crown Copyright, The National Archives - Martin Groden was born in Edinburgh but attested with the 3rd (Special Reserve) Battalion, King's Own (Royal Lancaster Regiment) at Lancaster and must have been living in Lancashire at the time of his attestation in April 1914.

The last document on this post is a General Mobilization notice which was sent to men of the Special Reserve in August 1914. I have written about this elsewhere. Click on the link to read more.

I research soldiers. Contact me if you need help.