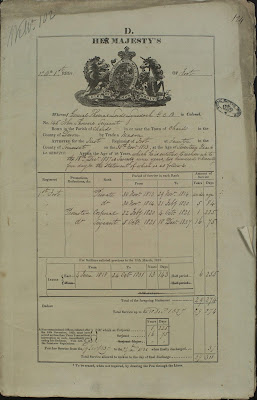 This from, which was completed in December 1837, is lovely, but it's lovelier still if you read from bottom up, starting with that hugely ornate Royal cypher. 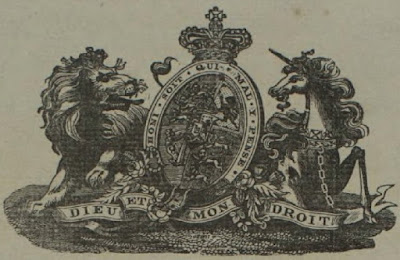 What a lovely piece of artwork. Now scroll up further still:

King William IV had died on the 20th June 1837 and Queen Victoria would be crowned a little over a year later on the 28th June 1838. Nevertheless, she was the uncrowned queen by December 1837, although new stationery had obviously not been ordered. Whoever attempted to alter "His" to "Her" did a pretty good job of the letter I, but in those pre-corrective fluid days, changing a letter S into a letter T was always going to be problematic.  It seems almost pedantic to point out that the royal crown should also have been changed. The one guarded by the lion and the unicorn is King William's crown, Queen Victoria's would be a different shape.